By Catherine Smith in association with

New Zealand: it’s at the bottom of the world, hours of flying from any nearest neighbour. This tiny corner of the Pacific has just a bit of Australia (a love of outdoors), a bit of England and Ireland (rolling green pastures), a little bit American (hello, barbecue, Kiwi-style), with a dash of Swiss mountains, California coast and tropical bush. It gives us our distinctly Kiwi, laid-back, no showing off allowed lifestyle. Here’s how we like to live. 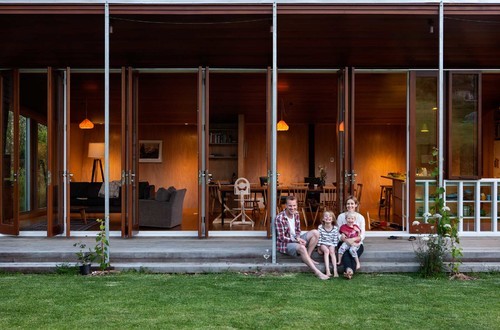 Even as apartments multiply in our biggest cities, New Zealanders still think of home as a place where kids can run barefoot in the backyard, where friends pop around without an appointment, where neighbours feed the pets when you’re away, and where work/life balance is taken seriously. Say kia ora to our laid-back way of living.

YOUR SHOES CAN COME OFF

Sprawling mansions and ‘don’t touch’ decor just aren’t in the New Zealand DNA. Kiwi houses are open-plan with kitchen, dining and living spaces merging together with the outdoors, to make the most of whatever greenery is on our bit of dirt. Home is the place where we celebrate barefoot living.

Our younger architects are experimenting with a type of barefoot casual house design that harks back to the middle of last century, when nearly every New Zealander owned their own home in the rapidly-growing suburbs. 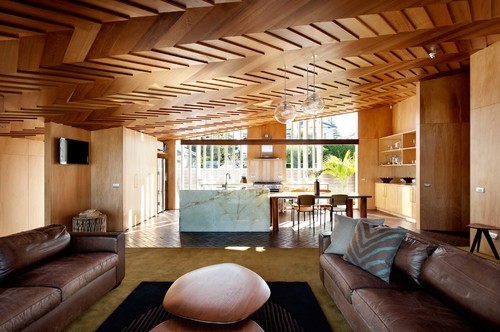 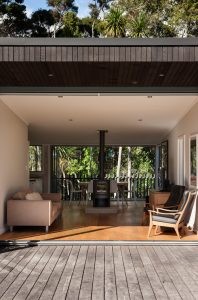 A house without a flow between indoors and out is puzzling to most Kiwis. When there are trees in every suburb, or at least a patch of lawn, and mostly mild weather for a good eight months of the year (not too hot, not too cold), people love to spread out on a deck and lap up the great outdoors. A dream outlook is of the bush, the beach, rolling countryside or even a mountain or two. Even though most of us live in cities, we still think of ourselves as people of the land.

TIMBER SHOULD BE CELEBRATED

New Zealand was the last place on Earth to be settled by humans, a land built by clearing trees, so it’s no surprise that we celebrate natural timbers. The rest of the world is catching up on the sustainability of wood – renewable, used cradle-to-grave, a valuable carbon sink – but Kiwis have always just loved it for its warmth and looks.
Vintage homes are full of rare native timbers, while modern architects celebrate renewable, sustainably-grown timbers, and do clever things with plywood and veneers that eke out precious species. 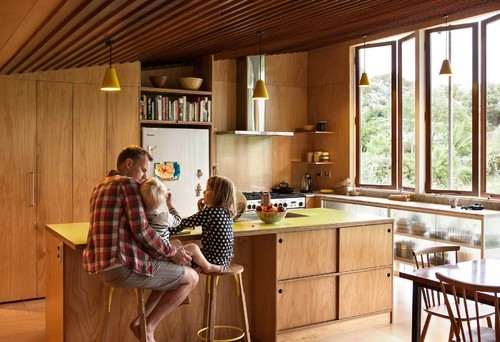 THE KITCHEN IS THE HEART OF A HOME

New Zealanders don’t stand by ceremony. We’ll stubbornly ignore the front door of a house in favour for the back. At parties, we’ll ignore formal rooms and congregate in the kitchen. A kitchen is for way more than cooking and cleaning up.
From old farmhouse kitchens to today’s open-plan everything spaces, there’s always a spot for a casual dining table (or sometimes a bar, or both). 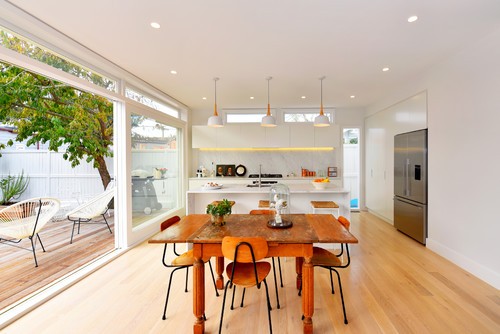 BARBECUE IS OUR BIRTHRIGHT

The country may divide itself between fans of gas, of charcoal or – real aficionados – wood, but from spring to autumn, all ’round the country, Kiwis char bits of meat on a backyard barbecue. We don’t do the basting and slow cooking of the American South, but we have found charred plants can constitute a barbecue. 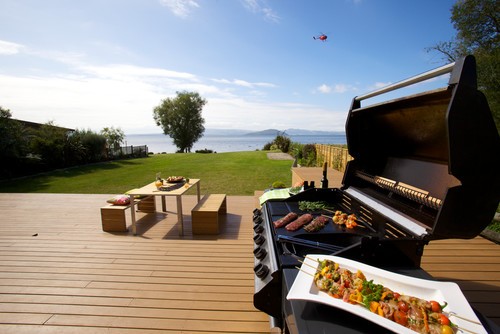 Even the tiniest backyard or apartment balcony will make room for a barbecue. While portable machines from the hardware store are just fine by us, more and more homes are adding full-tilt outdoor kitchens. Combined with landscaping, lighting, and an outdoor fireplace, a beaut barbecue area completes a home.

GARDENS ARE PLACES TO PLAY

There are parks and gardens in every suburb and small town, but New Zealanders still believe that the best garden is the one in our own backyard. With native bush and coastline as the endemic style, we also love to borrow styles from other countries’ gardens, from the formal hedges of France, Italian courtyards and English country, to the tropical islands and Asia.
We love to see our kids running around. And in pretty much every New Zealand garden, where there are children there’s a trampoline. Sadly, this early start has yet to produce a world-beating gymnastics champion. 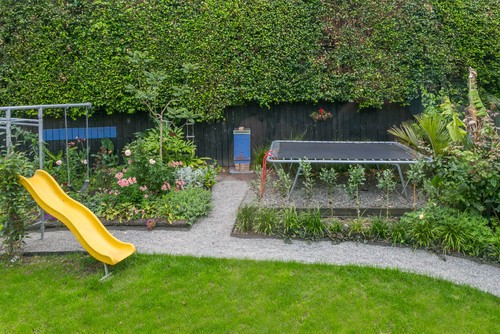 BEING ACTIVE IS GOOD 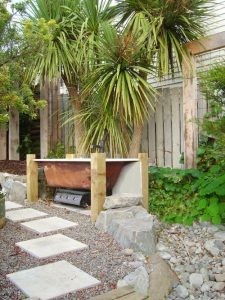 We love our black and white decor, possibly inspired by the silver fern on black our national sports teams wear proudly around the world.

YOU CAN DO IT YOURSELF

We are still a nation of enthusiastic amateurs when it comes to home building (and an avid audience for television renovation shows). We may not all have installed a backyard bath heated by an old barbecue burner, but every Kiwi DIY-er will look at this picture and go, “Awesome, I could do that.”

NEIGHBOURS ARE THERE TO LEAN ON

New Zealand is at the bottom of a very big stretch of ocean, so we do look to our neighbours from all around the Pacific rim for ideas for our houses and gardens. 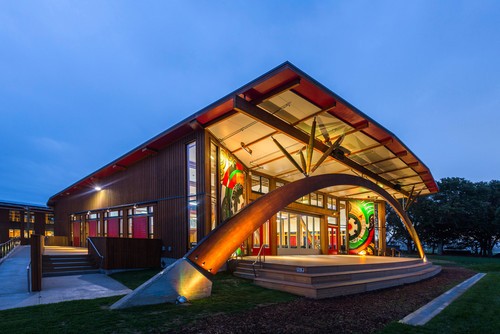 The first Maori settlers turned their Pacific-island thatched shelters into something sturdier for our cooler climate, adding woven walls, elaborate carvings and artworks. Modern community buildings, such as this Te Uru Taumatua for the Tuhoe tribe, continue the culturally and environmentally rich tradition.

Today, we look further afield than the traditional English or Californian styles of the 19th and 20th century. Architects blend Pasifika motifs (and all that indoor-outdoor flow), there’s often a touch of Asia (particularly Bali/Indonesia and Japan) in our love of sliding walls, timber and honest materials.